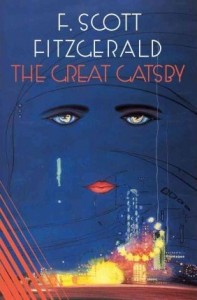 Jay Gatsby is set in opposition to the other characters in F. Scott Fitzgerald’s The Great Gatsby. The harder he tries to row towards them, the farther away he gets. Where other characters are fleshed out in their foibles, Gatsby is silent on the beach against the moonlight, drawing the characters and the reader to seek him out. Fitzgerald accomplishes this through his characterization of Gatsby.

Gatsby is physically separated at his house in West Egg, across the bay from the rest of the cast in East Egg. The only other character we meet from “the less fashionable” West Egg is the narrator, Nick Carraway, who is also set apart from the in crowd. By setting these two characters (one of whom is the point of view character) across from the others, I felt the distance from East Egg and that East Egg is the lifestyle these characters desire. But even more so, I felt the desire to know Gatsby.

Fitzgerald introduces the phantasm of Gatsby on page 2 as the man who “represented everything for which I have unaffected scorn” but he doesn’t speak until page 47 where he is initially unidentified. Until then, his physical presence is an enigma in the moonlight, a man stepping from the darkness and stretching “out his arms toward the dark water.” His reputation, though, precedes him. Gatsby is frequently brought up as the hero or more often villain of endless rumors that tease the reader until I was gagging for a chance to meet the man. He is either related to Kaiser Wilhelm, has killed a man, is a German spy, a bootlegger, or an Oxford man; perhaps he is all. Even the concrete “truth” about the man is first revealed in a summary by Carraway. He is most certainly a man who picks his words with care.

In contrast, the rest of the characters have verbal diarrhea and reveal themselves all over the place, even without always speaking directly about themselves. Daisy speaks of her daughter, “I hope she’ll be a fool-that’s the best thing a girl can be in this world, a beautiful little fool.” Tom speaks of Myrtle’s new puppy, “It’s a bitch…Here’s your money. Go and buy ten more dogs with it.” Myrtle’s sister Catherine speaks of a trip to Monte Carlo, “We had over twelve hundred dollars when we started, but we got gypped out of it all in two days in the private rooms,” even the man in the library reveals himself in marveling at Gatsby’s books, “What thoroughness!  What realism!  Knew when to stop, too-didn’t cut the pages.” Daisy comes across as horribly jaded, Tom is an ass, Catherine blames the world for her circumstance, and the man in the library is a snoop though capable of change. All of them are world-weary and cynical.

Fitzgerald draws Gatsby by filling in the negative space around him. The absence of direct observation leaves the reader to accept or deny the conclusions other characters have made about him. By the time Gatsby finally starts speaking for himself, I felt his character was already all sewn up. And in many ways, he was. If he isn’t a bootlegger, he has a “business gonnegtion,” though he didn’t graduate, he did go to Oxford; I don’t know if he killed a man, but he was a soldier in World War I. What Fitzgerald shows us is that these tidbits don’t define Gatsby at all. Reaching across the water that first night was the only true thing the reader knew about Gatsby. He is defined by his quest for Daisy. Everything he appears to be and has done was created for her.

In creating a mysterious façade and giving the reader a meaty parallel story, Fitzgerald sets up a slightly shady but impervious hero. Fitzgerald hints at what he is doing. Carraway’s first encounter with Gatsby has the effect of “stimulating my curiosity,” speaking of Jordan Baker he notes “most affectations conceal something eventually,” even when Gatsby is revealing his past for Carraway, Carraway notes, “The very phrases were worn so threadbare that they evoked no image except that of a turbaned ‘character’ leaking sawdust at every pore.” Despite this, I thought I had him pegged, but when Gatsby meets Daisy for the first time, he glows and “a new well-being radiated from him.” His soft center, his Achilles heel, is revealed and he becomes an entirely different man. Because he was so distant before and because the tease was so compelling, I fell for the man and empathized with him as he is reintroduced to Daisy, loves her, loses her, and dies. Gatsby is revealed as a man with a passion for love and for life. This sets him against the cynicism of other characters and earns him Carraway’s derision

In my novel, Polska, 1994, I also have a character who exists mostly as a legend. Fitzgerald manages to make Gatsby the focus of the book even when he is not present not just through the title, but by always having him mentioned by other characters. Even when he is not present in body, he is being talked about and the reader is getting a sense at least of who he is perceived to be. By creating conflicting accounts of the man, a crook who also replaces a girl’s damaged dress, Fitzgerald keeps the reader interested and also hints at the depths of the man. It is a difficult thing to do, to draw around a character. The juxtaposition of his absence against the cloying presence of other characters is one way to make the reader hunger to know more about that character.

If this review made you want to read the book, pick up a copy of The Great Gatsby from Powell’s Books. Your purchase keeps indie booksellers in business and I receive a commission.