Very few events shake a nation to its very core. In my lifetime there was September 11, 2001. I remember catching the Today show that morning after the planes had hid but before the towers collapsed. I sat riveted and watched wishing I could reach out to Clayton who was already away at school and without a cellphone. In my parents’ generation, fifty years ago today, event that changed everything was the assassination of John F. Kennedy. You Can Hear the Echo by MK O’Donnell drops in on a family in a small Texas town just as shots are fired from the book depository on that Friday and follows them throughout the subsequent weekend.

Why this Book Now?

Although today is the fiftieth anniversary of that unforgettable day, that is not why I bought or started reading this book. I found it used at a local store and I was entranced to have a look into how events like this shape our lives and our culture. I’ve been unable to read fiction about September 11 even now, and I was curious what and how O’Donnell had captured as she wrote this book just two years after Kennedy was shot.

I also wanted to know more about my family. My parents both grew up in Texas, though I’m not sure if my mom had already moved to New Mexico by then. I know she was in school when the news broke. My father though was 19 and already in the Marines. Because I once asked, they’ve both told me exactly what they were doing when they heard the news, but the memory wasn’t visceral for me so I promptly forgot. I am sure their memories of 1963 are as clearly imprinted on their minds as 2001 is on mine.

It wasn’t even until I was nearly finished reading the book that I realized this anniversary was near.

What Did I Learn?

O’Donnell presents a wide and representative array of characters in this book. From the conservative father to the new wife who worries that he could have been part of the plot and the liberal son who loved Kennedy and suffers greatly and openly for it. They have neighbors who are former communists and a former maid who rounds out the story with a look at an African American woman in the still-segregated South. I was not emotionally invested in these characters. Even when the son nearly shoots his father, I was not roused. Instead they feel like set pieces laid out to each show what that type of person would have felt. That was a failing of the book, but a part of me understands creating that kind of emotional distance from a tableau that must have felt fresh. Still it surprised me because the setting of this book was so domestic and I expected to empathize more with the characters.

What surprised me about the book was that the conspiracy theories about Ruby were surfacing so early. I’ve read Libra by Don Delillo and American Tabloid by James Ellroy, but I always just assumed (regardless of the truth or fiction behind either book) that all of that information surfaced later. I found myself wondering throughout the book what else the characters had access to because when I think of that day in history, all I can see is the Zapruder film, but how different it must have been to hear the news first. I wondered also if that footage would have even been shown on television then in all of its gory detail.

What I Still Don’t Know

As much as I love fiction and prefer it both to nonfiction and in many cases real life, I am not sure if fiction can capture the full or true essence of events this momentous. Poetry can, and I found some solace in Poetry After 9/11 even as I failed to connect with Falling Man by Don Delillo and chose not to read Extremely Loud and Incredibly Close by Jonathan Safran Foer. Even in War and Peace I skim over the war bits to read the juicy love story.

It’s not that I don’t care about these events. I care about them in a place so deep inside me I can’t even talk about it. As a student of politics and humanity, I want and need to know how we function as a society and as individuals in times of great loss. I’ve read everything I could ever find about the Holocaust. Maybe it’s because those are all things that happened to other people in other times and fiction and literature are the only way that I can connect with them that I accept the imperfect facsimile.

Maybe I’ve seen the Zapruder film and watched the towers fall too many times. But when it comes to events that feel closer to me–my grandparents knew Lady Bird Johnson and Nellie Connally, even if only peripherally–I know that there is something in my heart that is not described by these social commentaries.

So I’ll disappoint you today and avoid talking about the craft of this book. But what I’d love to know from you is where you turn when you seek to understand the evils of the world. Do you look for and find solace in literature? Have you read pieces about these events that you care to share? Or do you want to share that most intimate gift, your own story about a day in history?

I’m off to ask my parents once again what they experienced on November 22, 1963. Maybe this time I’ll write it down. 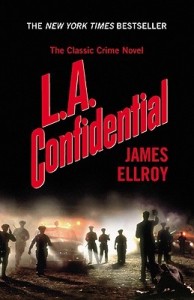