William Faulkner hit on a truth about Southern families in Absalom, Absalom! Through both the story and the way he tells the story, he demonstrates the ways sensitive information is withheld and talked around but never fully concealed. As Mr. Compson said, “’It just does not explain. Or perhaps that’s it: they dont explain and we are not supposed to know. We have a few old mouth-to-mouth tales; we exhume from old trunks and boxes and drawers letters without salutation or signature.’”

It takes a lot of control for a family to create secrets and there is often tension with the human desire to reach out and share one’s experience. Because of this there is often double-talk around the secrets and moments of slippage where you can’t maintain the secrecy anymore. Faulkner shows this beautifully when he has Judith give her letter to Quentin’s grandmother. She speaks of it like sharing the letter makes it like something happened, “something that might make a mark on something that was once for the reason that it can die someday.” Judith is reaching out and trying to communicate. She is trying to “make a mark” of her own and write her own history outside the history that is prescribed by her family.

After rambling about herself and her relationship with the family, Rosa slips in the vital piece of information that something is living in the Sutpen house only when Quentin’s attention has slipped away from the conversation. It is as though she was trying to get at telling him that all along but he wasn’t getting what she was saying. She then calls his attention directly to it. This is similar to what Faulkner is doing with the structure of the novel as the reader is immersed in oceans of details and familial relationships that are difficult to pin down. Eventually at the end he turns the story over to Shreve and Quentin and their conjecture to sort out the details and tell the reader the “truths” that have been obscured by the many layers of detail that drip from the story like Spanish moss.

Faulkner reveals only small dribbles of information at a time. For example, he has Mr. Compson tell Quentin, “’Henry had to kill Bon to keep them from marrying,’” but gives no hint as to why Henry would want to kill Bon. It’s enticing but maddening to read and puts the reader in the position of Quentin who has enough information to be fascinated with this family but not enough information to really understand what happened to them.

I come from a Southern family and am astounded at how well Faulkner captured the “I’m not going to tell you but the information will slip in anyway” way difficult information is conveyed in the South.

Polska, 1994 revolves around one central family secret: why Magda’s mother left the family. Magda has one answer that she believes to be true, but her instincts are leading her to dig deeper into the story. I found writing around important information to be difficult in terms of knowing how much to withhold and when and am working on my own relationship with doling out information to maintain suspense.

If this review made you want to read the book, pick up a copy of Absalom, Absalom! from Powell’s Books. Your purchase keeps indie booksellers in business and I receive a commission. 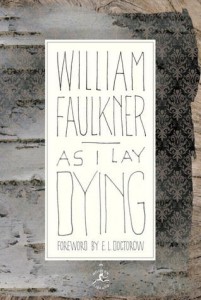