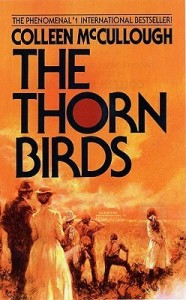 I’ve been wracking my brains for a book that I might have read or might have on my to-read to start to fill out this South Pacific category. It turns out I rarely read books from the region, which means I could leave it off, but I would be ignoring an entire continent let alone all the countries in the vicinity (if you know of a fantastic book from E. Timor, please tell me). I thought about linking Australia and New Zealand into a larger British Empire category, but I didn’t want to put India there (let alone the US and Canada). So I had to figure out what I’ve read or am interested to read from the South Pacific.

I thought first of Ngaio Marsh. My grandmother was fond of her mysteries and I “borrowed” many, many books over the years. She became one of my favorite mystery writers and I loved her New Zealand stories most of all. But, as with most mystery writers, I often cannot remember the books well enough to differentiate between them, and that makes them a bad candidate for this form.

I decided to discuss The Thorn Birds by Colleen McCullough, and I’m going to break one of my own rules and focus on the miniseries more than the book.

I was very young the first time I watched this miniseries with my mom and I was captivated. I thought Meggie Cleary was so beautiful (she looked a little like my mom) and Ralph de Bricassart was aloof and handsome (and may have screwed up my view of men forever). I became so obsessed with Meggie that when asked to nominate a Time Woman (or Man) of the Year for a class assignment, you can guess who I picked.

In some ways the most amazing part of the miniseries was getting to see Australia and the outback life of sheep ranchers. One of the things I love most about books is being introduced to unfamiliar worlds, but the one limitation (if you can call it that) is that any world created by the conversation between my mind and a book is limited by things I’ve seen before and what I can imagine. For example, when I was a little girl and we were moving to Chile, something about the way my father described it made me imagine we would be living someplace exactly like our house and street except upside down. When I read Islandia (the book from which I am named), the images I created of the landscapes of that imagined world all drew heavily from places I have seen in my travels. What I’m saying is, as a child in northern Idaho, I had never seen anything like the Australian Outback and The Thorn Birds introduced me to the vast flatness of the land and a sense of isolation that was entirely new. It may be the first foreign land I “travelled” to.

I did later read the book and I enjoyed it very much, but I have to admit that it is Rachel Ward and all that dusty country that I remember best.

If this review made you want to read the book, pick up a copy of The Thorn Birds from Powell’s Books. Your purchase keeps indie booksellers in business and I receive a commission.